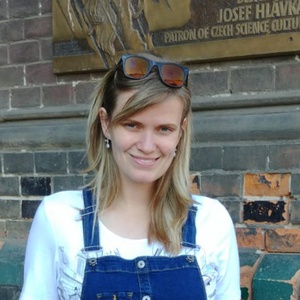 Pavla Eliášová (born Chlubná) obtained her Master degree in Chemistry and Geology at Palackého University in Olomouc in 2010. She continued in her PhD study at Charles University in Prague while working at J. Heyrovský Institute of Physical Chemistry of ASCZ under supervision of Prof. Jiří Čejka. She received her Ph.D. in 2014. She worked as Research Fellow in Centers for Nanomaterials and Chemical Reactions at Institute of Basic Science in Daejeon (Republic of Korea) in the group of Prof. Ryong Ryoo for one year. Since 2016 she has a full-time position as Assistant Professor at the Department of Physical and Macromolecular Chemistry at the Charles University.

Pavla Eliášová is an author of 31 publications in international impacted journals (ResearcherID F-5300-2014, sum of the times cited 878, H-index 14).